King of Hearts to Speak at ELHA AGM 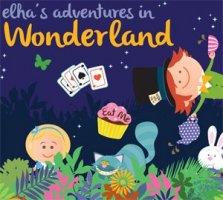 David Orr, Chief Executive of the National Housing Federation, but better known in East Lothian as the "King of Hearts", will visit Wonderland on Monday 26 September this year to address his subjects at ELHA's Annual General Meeting.

Known as the "Moderate form of Wonderland Government", the King is often charged with dealing with some of the Queen’s more tempestuous outbursts and announcements, commuting sentences into something more workable.  There is no suggestion whatsoever though that this relates in any way to David's work with the country’s politicians and policy makers.

The whole event will of course be a Mad Tea Party with the Hatter himself in charge of refreshments (everyone can have more, but no-one can have less, and a 6.00pm start because that is time for tea).

Invitations have gone out but if we've somehow forgotten you and you would like to come just e-mail us at wonderland@elha.com and not only will the Queen of Hearts order some summary justice for whoever was responsible for the terrible omission, but if there’s a spare place left we'll let you know by 19 September and you can come and join the fun!